Skip to content
Brandons first school picture. I want to know who this guy was and how in the fuck he got my kid to smile like this.

Seriously after Christmas, once everyone has seen the card and the pictures I’m going to post the outtakes on here because they are funny shit and none of them, not even the good ones look like the kid above. This picture man, whoever he is, IS A GENIUS!

Brandon, like his mom has created his own language. He often comes up with words that he uses normally like they are just…regular old words. He likes to say, “juke.” What is a juke? Beats me. He does it whe he is poking you, or tickling you or something. He also loves to say Shawka while making the hang loose sign. Papa taught him that. So, now when he is in trouble I’ll say, Brandon why did you do that? He looks at me, thinks for a second and says “shawka” and runs. He has a favorite though. Bawka. Pronounced like Bawk uh. He often says you are a silly bawka. Today he told me I was a silly bawka. Finally I said Brandon what on earth is a Bawka? His reply?

“A bawka is a knucklehead mom and you a bawka.”

And finally, the piano man! 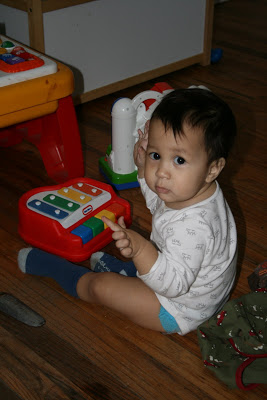 I believe we have the next Billy Joel on our hands 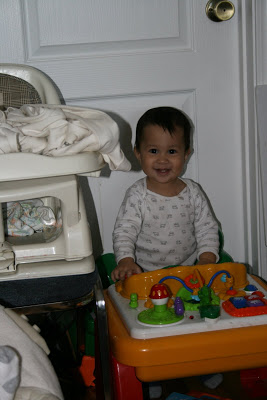 6 thoughts on “School picture and the piano man”